Ksetlist is in the process of renovation.

There were too many errors in the system and maintenance was getting too complicated so it was time for a renovation.

The first thing that you will notice is that the forum is now part of the website. It’s all integrated under one Word Press system. This is way easier for me to manage.

On the other hand, the new forum is totally for me and I have zero experience with it. So, it’ll take some time to get used to and to make sure it is all working as expected. So, please, be patient.

Everything has been ported from the old forum to the new one but you know, I know, we all know there are going to be a lot of things broken. We’ll deal with them one at a time. Your help will be invaluable in these transition times.

The other aspect of having the forum integrated with the website is that we can do more website articles that have more views. We can do feature posts of Ksetlist artists, articles about specific songs and how to play them using the sounds that are posted in the forum and other cool stuff. Of course I could also tell you tips and tricks this way. Or, you could send me the articles yourself and I could publish them if they fit the “editorial line” of the site.

The ultimate goal is that you post more, you share more, and we all can play great songs with great sounds in our great Kurzweil keyboards.

This week is the NAMM show 2020. If anybody from ksetlist.com is going, please let me know. Not all the time, but I’ll pass by the Kurzweil booth (11113, in the American Music & Sound area) as much as I can, and it’d be great to meet you there.

If you want to try the PC4, there will be one there along with all our latest stuff.

NAMM is always a lot of fun, as you can try the gear for all the major and not so major brands, see a lot of people that you only see once a year, and get to see great and not so great 😉 artists playing all kinds of stuff.

Ping me through ksetlist private messages if you are going!

This is my annual renewal time and I’d like to check on the health of the website.

The server cost gets more expensive each time, specially since last Goddady screw up with the domains, they needed to upgrade the server to a more expensive one… I’m not happy about that. This comes out of my pocket directly.

So, I’d like to see if people are checking the website periodically or not, and if people have plans to share more sounds or not… because, in the end, this is all about sounds… if you share more, more people will come to try those sounds, and with more traffic I might get closer to break even, which is far from a reality right now…

The link for the zip file with all the PC3LE programs (one program in one file) that was broken for a while has been fixed. You can find it here:

This file is wildly used by SP4, SP5, SP6, Artis, Artis SE, Forte and Forte SE users. It’s the easiest way to get hundreds of PC3 programs into those units. Specially because the PC3LE was the first keyboard using the Virtual Parameters that all those other keyboards use as well. So, when loading these programs you don’t have any entry values problem. They just sound as intended originally without further tweaking.

We have just sent a Beta release for the next SP6 update with some bug fixes. If you have an SP6 and want to join our Beta program please send us an email to sp6_beta@ycrdi.com . It’s easy, we just send you the Beta update, you install it, play with it and you tell us if you have any problem.

Forte version 3 includes a sequencer and lots of grooves to start playing with.

In the follow video I explain how to use the Unloop recording mode so that you can extend a loop all you want while recording. At the same time, I play pieces of some of the 256 grooves included. Those grooves are very useful so I take few minutes to go around some of them.

Unloop is also in Forte SE, PC3 family and older Kurzweil keyboards. So, nothing new under the sun but, in case you have missed it, it may be useful for you as It is for me. As a songwriter many times I’m working on a song idea while playing along with a groove. I might want to record the idea with the groove. Well, that’s when you need Unloop.

If you have Internet, and you do, you know what I’m talking about here. The battle between Laurel versus Yanny… or is it Jelly?

There is this audio clip that some people hear differently. Here’s a Tweet with the original file:

What do you hear?! Yanny or Laurel pic.twitter.com/jvHhCbMc8I

Well, this is the ksetlist take on this battle. We’ve loaded it into a Kurzweil Forte and just see and hear what we found out by yourself.

Once in a while I read something online like “I just bought a PC88 in this or that second hand website and it has a problem…”. In my mind I can’t stop thinking that for a keyboard made in 1994, only having that problem is kind of a miracle but, at the same time, I wonder if the person that has just bought that keyboard really knows the actual age of that keyboard. The keyboard market is not like the car market, where you buy a Toyota Prius 2010. In most cases, buyers don’t really know how old a second hand keyboard is unless they do some research and, let’s face it, some people just don’t do it.

Also, apart of problems, expectations might face a pretty brutal reality check. Imagine buying a computer that runs a Windows version previous to Windows 95 and expect to watch YouTube on it. Well, that’s more common that you think with keyboards.

So, in order to put a little bit of perspective, I’m going to list a bunch of Kurzweil keyboards ordered by their release year. The list does’t include them all but enough to get a better sense of Kurzweil product history and, hopefully, it helps those people buying old keyboards in second hand markets.

But before the list, you should start watching this video that, even if it has already like 6 years, it tells a lot of the beginnings of the company.

So, let’s start with the Kurzweil product list, but, before, yet another clarification. I’m not going to mention upgrades, expansions or similar. It’s very typical that once Kurzweil releases a product, for the next years the company releases updates or variations of that model. Including all of those would make the list incredible long and boring. 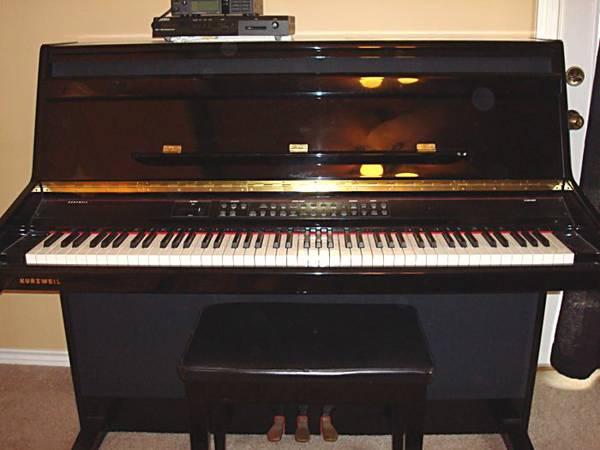 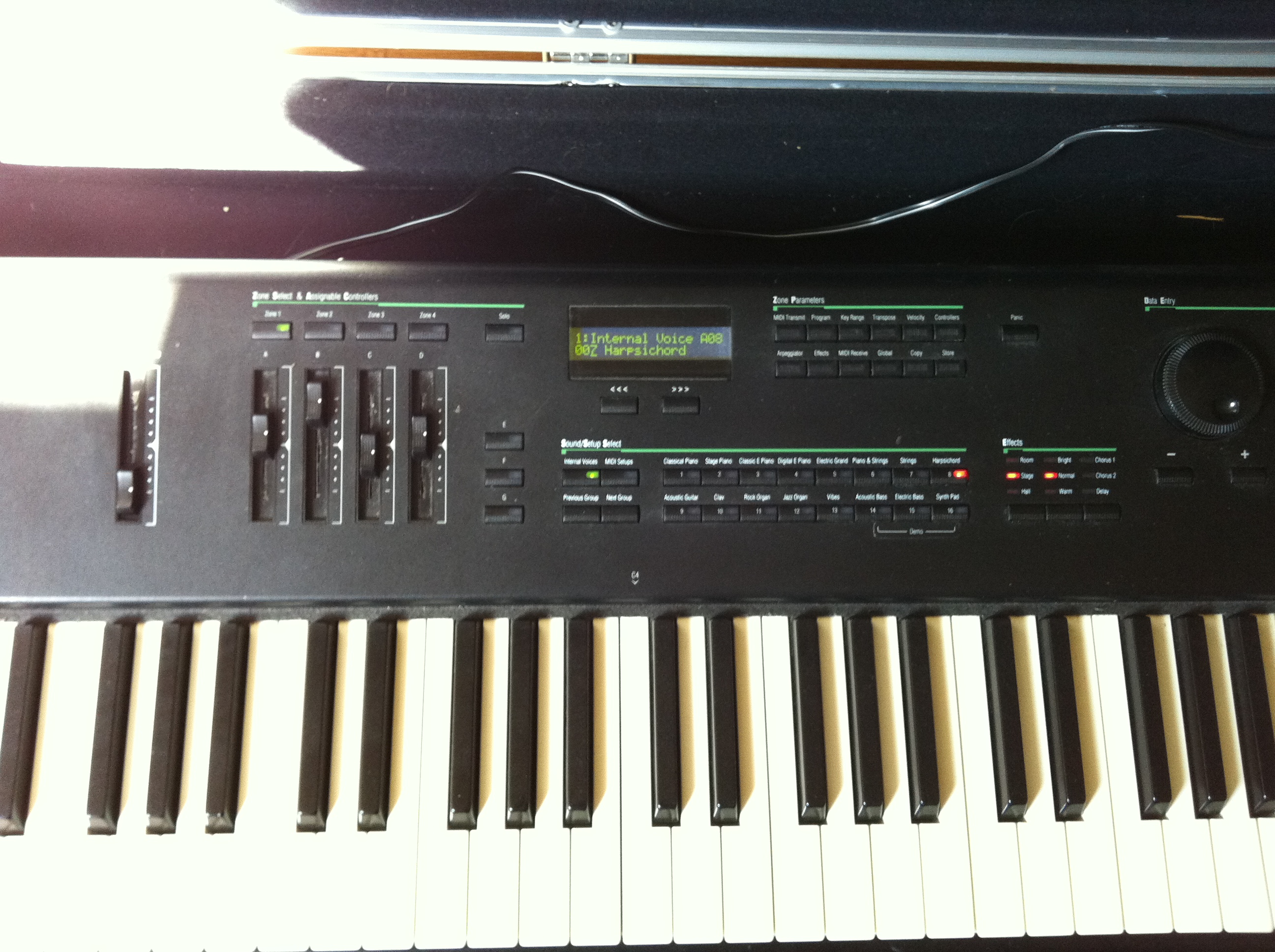 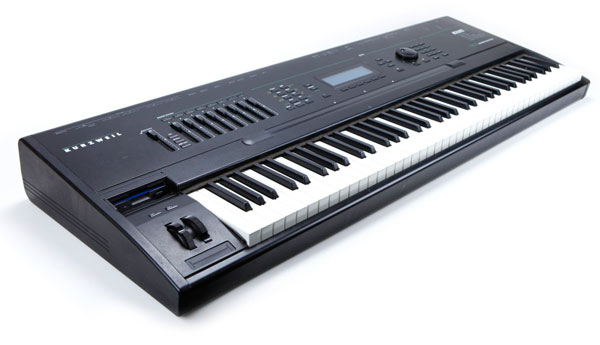 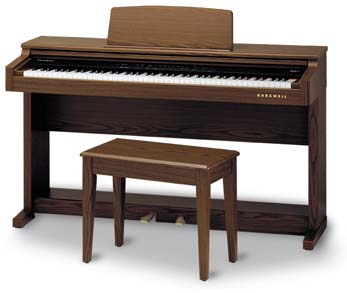